I got into triathlons by complete accident. While running a good deal and without a real plan, I injured my foot and had to take time away from the sport. My concern over losing my fitness ended up with me talking to a triathlon coach, who would one day end up being my Ironman coach.

During our discussion, Richard Baker said the way to keep up with 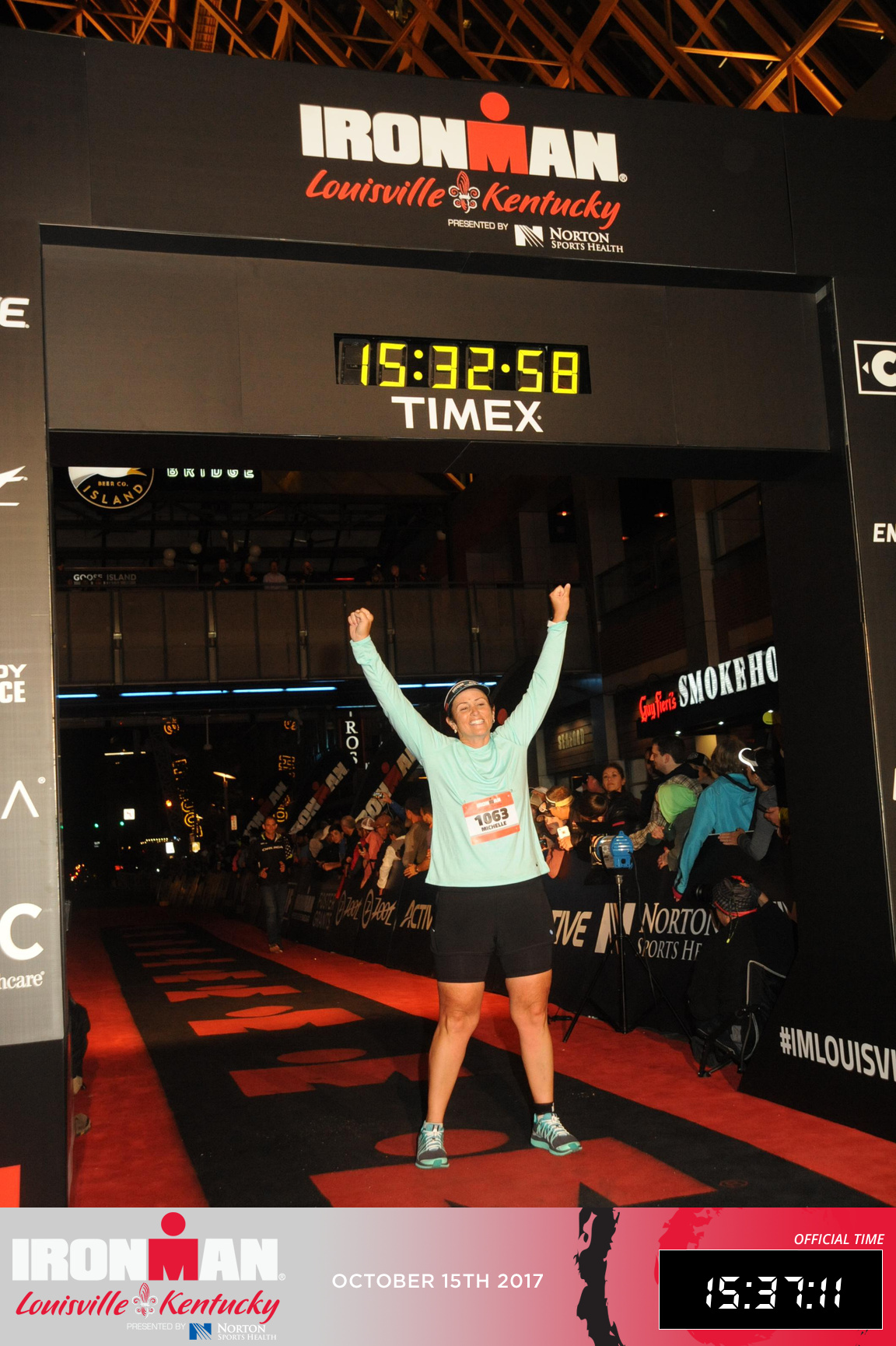 my cardio would be to ride and to swim. Interestingly enough, I didn’t own a bike and I was scared to death of the water. Hence, the fun began! I bought an entry level bike (from Acme, when they were still around) and met Coach Baker at the pool. I brought lots of things I didn’t need, and argued with him relentlessly about putting my face in the water.

Years later, Richard Baker would end up coaching me though an entire summer of Sprint triathlons (12 of them I think), 3 half Ironmans, and eventually in 2017, Ironman Louisville.

My love of this sport comes from “the triathlete Tribe,” the unmistakable vibe you get when there’s a bunch of us together. I’ve never witnessed the kind of camaraderie and community anywhere.

My partner in crime for the last year, Michael, is my riding buddy and rode beside me in support during some of my long solo runs while training for Louisville. We used to joke that if we made it through Ironman Louisville, we could do anything. I guess he believed that too – since he proposed on 12/25/2017 and we will be getting married on 3/30/2019, two years to the day of our first date.

We share our days with a 9 month old English Bulldog named Nova, and two girls (Sarah – 12, and Katie – 16). Sarah did her first triathlon last year at the Kid’s Tri in Hendersonville, after swimming with me during Ironman training.

Ironman Louisville was the BEST DAY OF MY LIFE! Everything came together as I needed it to, despite our weather challenges that day. I am excited to go spectate it again this year, with some added sherpa responsibilities. And depending on how the next 9 months play out, I’m considering making it my 2019 Ironman challenge again.